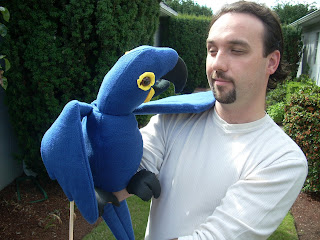 Faye is a hyacinth macaw with dreams bigger than the jungles of her homeland could contain. After a lifetime of hopes left unrealized and dreams only half awake she is breaking out and making her debut here with aspirations of stardom. She is witty, smart, flamboyant and with talent to spare. When asked if she was a "natural blue" she simply smiled and replied, "I'll never tell". Her greatest strength is her classical training as an opera singer, a skill which she practices daily. (Much to the chagrin of her neighbors) She is counted among the top students in her acting class which she attends at the local learning annex on Tuesdays and Thursdays. Her hope is to become an actress and star in a romantic comedy opposite Luke Wilson. Keep your eyes on this rising star as she will certainly be shining brightly in an off-off-off Broadway show near you. 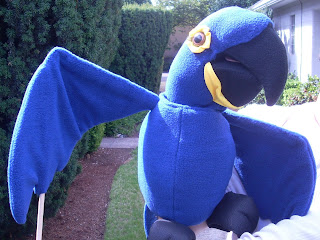 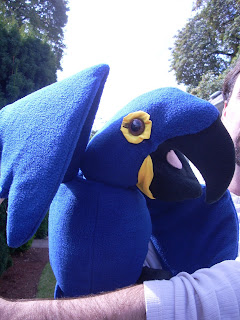 I stumbled across this puppet contest about a week and a half. It really was an accidental stumble too! I had not intended to take on yet another new project with my already hectic schedule. But alas, I did.

Projectpuppet.com
The theme for this contest is "The Jungle". My mind went wild with what I could do with a puppet in regards to jungles! As I searched the internet for all types of animals and images from tigers to monkeys to leather-loin-cloth wearing men I found my thoughts swirling around birds. I am quite the bird enthusiast and I try to work them into my art whenever I can. I have been dabbling in soft-moving-mouth puppets for for only about one year to this point and wanted to push my skills! And before I knew it, Faye the hyacinth macaw was on her way in to this world!

The contest required that you choose one of their simple series patterns to be your jumping off point from which they hope you will revise the pattern as you need to and make it your own. Here is the first of two main pattern designs I began with from Project Puppet, the pinhead puppet pattern foam skull: 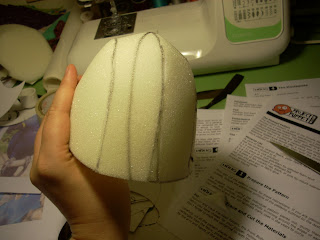 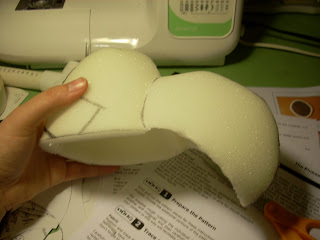 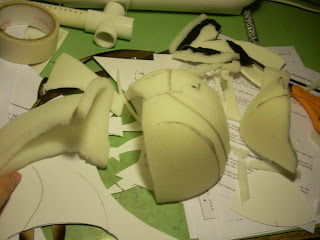 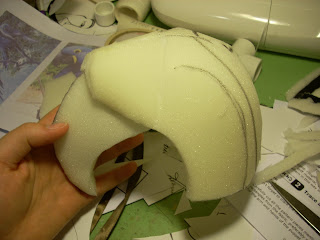 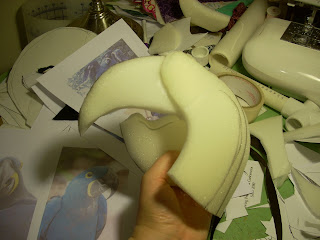 I happened uppon this wonderful body design from a demo-video on You Tube. Of course, I did'n't write down the puppeteers name and now that I need it to reference, I can't seem to find the video! Thanks anyway! 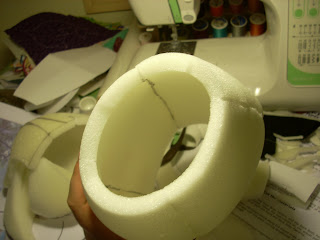 Testing the look of the major parts before moving forward. 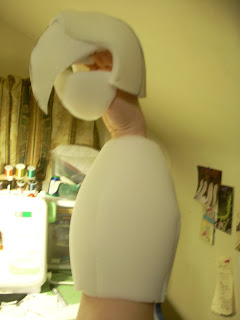 The second major element I used from the Project Puppet pattern, the body sleeve. However, I did have to create a longer version right away because the body piece (on the left) would not fit the length of my macaw. I intend to use it to cover my arm through the body of the macaw and become the neck at the top. The re-invented body-cover is on the right. 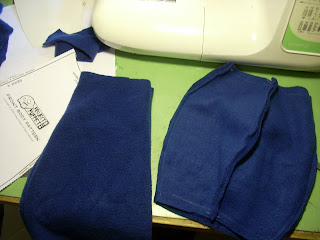 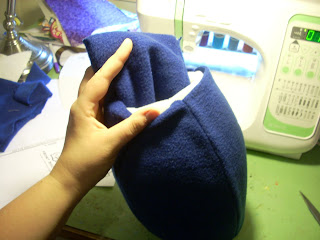 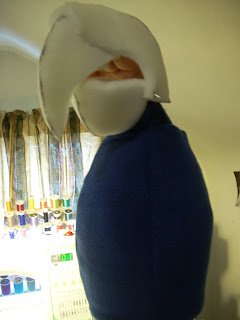 I stitched the lower opening of the neck sleeve to the bottom of the body. 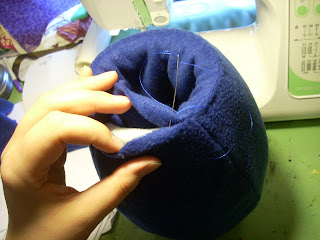 The top edge will receive the same treatment, leaving the neck un-attached which will allow the neck to move freely of the body. 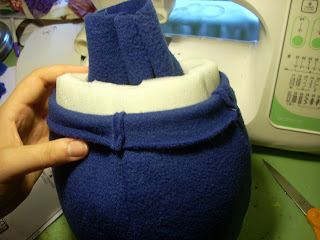 It's time to fit the outer fleece to the beak. The upper and lower mandibles are measured. 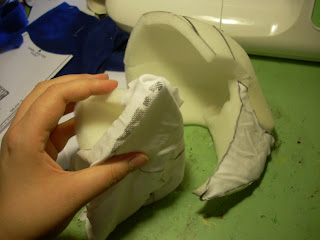 Pieces are cut from black fleece and hand-sewn to the foam base. 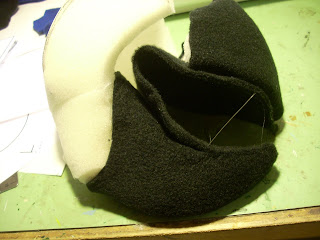 I found some really stretchy dancewear material to use for the yellow skin on the side of the macaws lower mandible. You can see how closely my puppet resembles the reference photo. 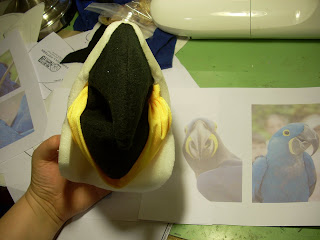 Time to make a fleece pattern for the head. This was also a new technique to me that I picked up trolling websites. Amazing, amazing stuff! Saves so much time! 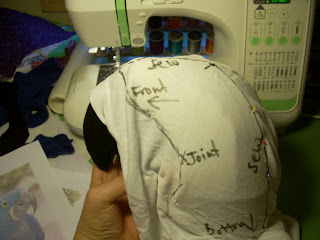 Pieces cut and assembled. Here I am pinning the fleece to the foam base to be certain of the fit before I hand-sew the pieces on. 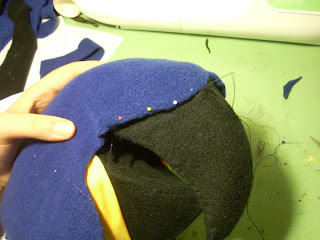 A wing is cut and assembled ready to be fitted inside its fleece covering. I opted to leave out several photos of wing-assembly here only because I later opted to remove the entire two section on the right. 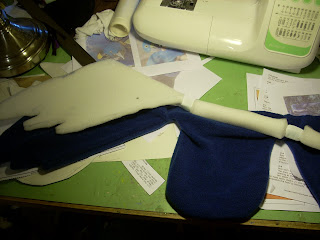 The pieces ready for assembly. 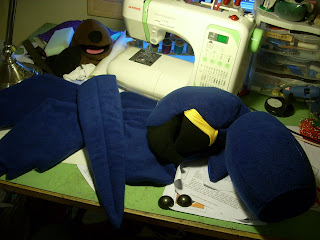 Here is Faye, nearing the end! 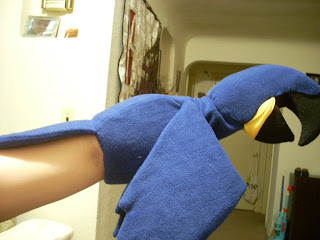 For the feet I am using a technique I learned from the Project Puppet website on making fingers poseable. It's a wonderful technique! 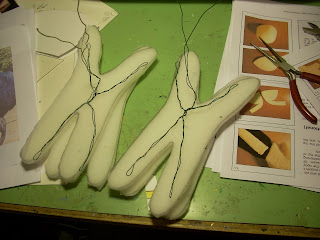 The feet nearing completion.
*My camera battery died shortly after this picture so I don't have any feet covering pictures until the completely piece. Whew! If you've made it this far, you're a trooper! Thanks for your support!
Posted by Candice Westberg at 1:30 AM